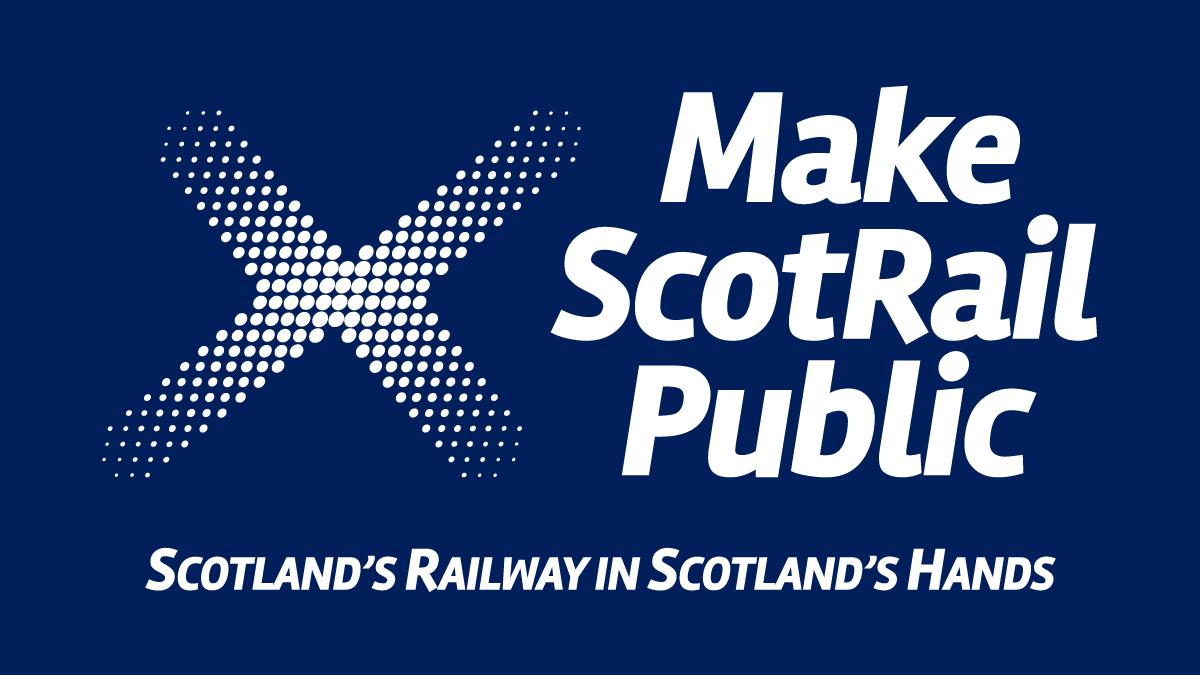 On 1 April 2020, we launched the Make ScotRail Public campaign in collaboration with our friends at Bring Back British Rail, TSSA and We Own It, to demand that a new public sector operator takes over running our railways when Abellio’s contract ends.

Abellio, the Dutch state-owned company run by Nederlandse Spoorwegen has been running ScotRail since it was awarded the contract by Transport Scotland beginning 1 April 2015. Driven by profit, Abellio has failed to provide the services we need, with many cancellations, delays and overcrowded carriages during the last five years.

Meanwhile, new powers were granted in the Scotland Act 2016, allowing a public sector operator to take over the ScotRail franchise for the first time since the Railways Act 1993 came into effect in 1997.

After voting against breaking Abellio’s contract on two occasions since then (November 2018 and October 2019) on 18 December 2019, the Minister for Transport Michael Matheson MSP, finally announced he would end Abellio’s contract three years’ early (on 31 March 2022).

On 1 April 2020, we helped to launch the Make ScotRail Public campaign to demand that a public sector operator is ready to take over running ScotRail by 2022.

Working alongside the new publicly-owned or publicly-controlled buses permitted in the Transport (Scotland) Act 2019, a publicly-owned ScotRail will finally give us the opportunity to create the fully-integrated, efficient and affordable public transport system we need to provide a real green alternative to car travel for us all.

The Make ScotRail Public campaign is supported by:

Tweets by Get Glasgow Moving

Bus fares in our region are rip-off! 🚍💸 Terr

A great turnout for our 'Bus Regulation: The Music

Thanks to everyone who signed our petition to cut

Come and get some of our new stickers! We have loa

Are you angry at being ripped-off by First, Stagec

Glasgow has some of the most expensive bus fares i

Does this look fair to you? 🚍💸 Sign our new

Thanks to everyone who supported our #TakeBackOurB