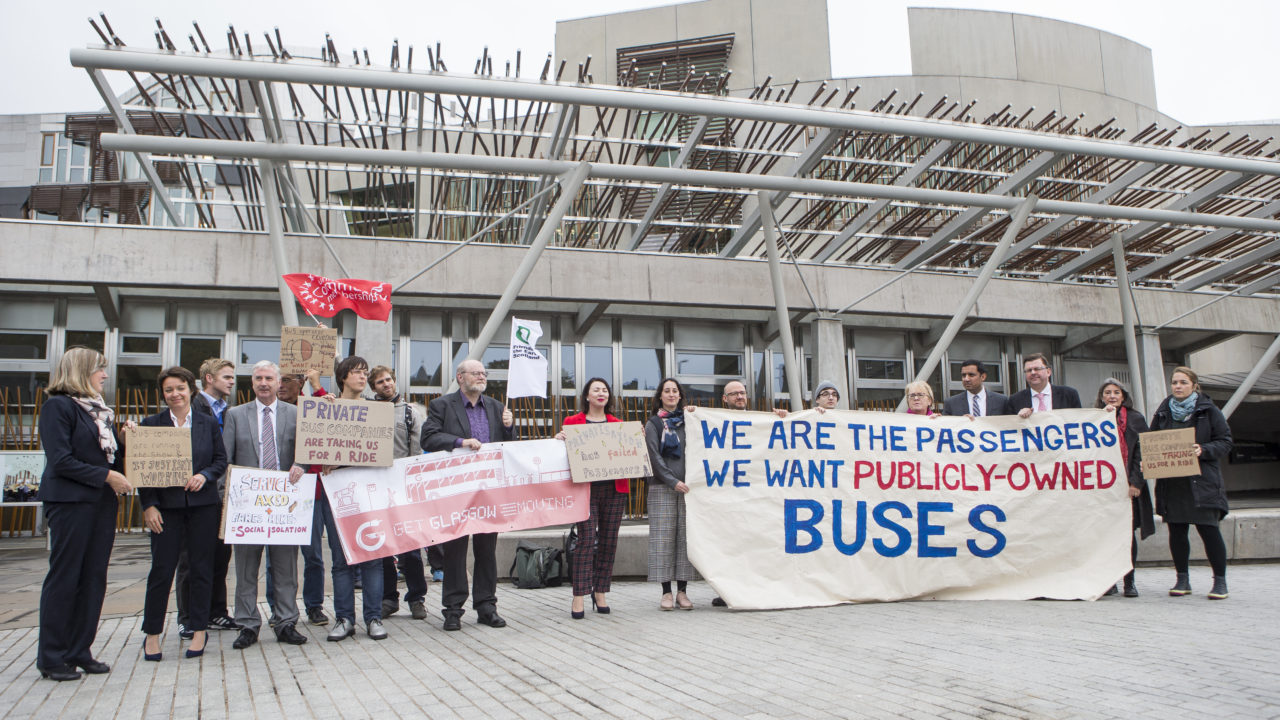 They did not invite any passenger groups, so we worked with Friends of the Earth Scotland to organise a massive protest outside Parliament calling for Publicly-owned Buses for Everyone in Scotland.

We took our 38 Degrees petition demanding ‘World-class transport for Glasgow’ with 10,184 signatures, to hand-in to REC Committee. 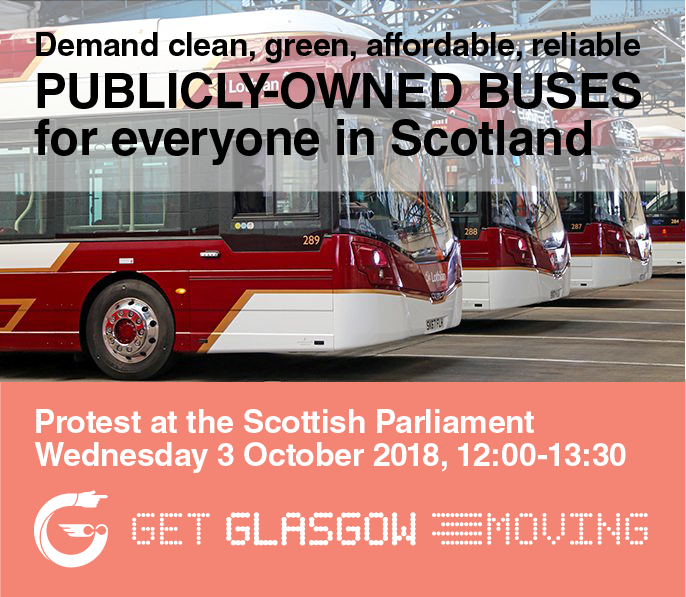 Tweets by Get Glasgow Moving

Bus fares in our region are rip-off! 🚍💸 Terr

A great turnout for our 'Bus Regulation: The Music

Thanks to everyone who signed our petition to cut

Come and get some of our new stickers! We have loa

Are you angry at being ripped-off by First, Stagec

Glasgow has some of the most expensive bus fares i

Does this look fair to you? 🚍💸 Sign our new

Thanks to everyone who supported our #TakeBackOurB